Bring the Tropics to Your Home Course

The 2018 professional golf season kicked off in Hawaii earlier this year with the Sentry Tournament of Champions and the Sony Open, so there was no better place for PUMA to debut their new Aloha Collection of men's polo's, shorts and hats. Shoes and t-shirts with the easily recognizable Aloha print are also available.

Perhaps the most appealing piece in the collection is their button-down Aloha Woven Golf Shirt. The Aloha shirt is the perfect shirt for any vacation; or golf that may pop up while on vacation. dryCELL technology will help keep you dry no matter how much the sun beats down and the 89% Polyester/11% Spandex fabric will move with you through the entire golf swing. This lightweight material is very comfortable, and the button-down design is something you don't see every day in a golf shirt. There's a PUMA cat logo on the left sleeve and the allover printed design has a Hawaiian flavor to it. You'll look as good on the first tee as you will poolside sipping a tropical drink. The PUMA Men's Aloha Woven Golf Shirt is available in sizes S - XXL and the Peacoat color goes with just about anything. Retail price is $75.

Another good-looking golf polo from PUMA is the Aloha Golf Polo Shirt, which features printed accents on the 3-button placket, inside the collar and on the chest pocket. This versatile polo can be worn anywhere and PUMA's dryCELL technology wicks moisture and sweat away from your body keeping you dry. There's a PUMA cat logo on the left sleeve and the pocket on the left chest adds a unique touch. The Aloha Golf Polo is available in sizes S - XXL and in either Peacoat or Bright White, giving you the ability to pair it with just about any solid color in your wardrobe. Retail price is $70.

Puma's Aloha Short was designed to go with their Aloha Golf Polo. The 98% Cotton/2% Elastane fabric gives these shorts all the stretch you'll need, and the stretch waistband makes for a very comfortable fit. There's also silicone gripper tape on the inside of the waistband to the keep the polo from moving around during your swing. Want a little bit different look? Just flip the cuffs up and expose the Aloha print. You'll also find the print on the welts of the back pockets. The Aloha Golf Shorts are available in waist sizes 28 - 40 and in Peacoat. Retail price is $75.

Now that you've got the Polynesian theme working, why not finish it off with a pair of PUMA IGNITE PWRADAPT Aloha Golf Shoes? These shoes feature PUMA's Ignite Foam cushioning for added comfort and PWRADAPT technology for all-weather and terrain traction. The lightweight and breathable performance mesh upper provides an athletic fit and feel and the Hawaiian print fabric delivers on-course style. PUMA's GripZone Traction strategically places directional lugs in the areas you need them most and the Tornado cleats ensure stability and traction on all terrain. The PUMA IGNITE PWRADAPT golf shoes are available in half sizes 7 - 14 and in Peacoat/White. Retail price is $150. These shoes carry a two-year waterproof guarantee.

All that's left is a covering for your head and the Aloha GOTIME Flex Snapback Golf Cap does just that. This cap features a PWRCOOL moisture wicking sweat band to cool you down when things heat up and a slightly curved bill adorned with the Aloha print. One size fits all. Retail price is $26.

Even if you can't travel to the islands, you can at least dress the part on the golf courses. For more information, visit the website at www.cobragolf.com.

David Theoret has been in the golf and golf travel industry for over 10 years, primarily selling online advertising. For the past seven years, he has also been a golf writer, reviewing golf courses, resorts, destinations, equipment, golf apparel, and training aids - the latter of which never seems to help. David's articles and reviews have been posted on many golf travel and equipment websites.

Growing up in Southwestern Ontario, Canada, it was naturally assumed he would play hockey. Beginning at the age of 3 and continuing into his late 30's, he did just that. However, after one too many pucks to the head, he realized that golf was a lot easier on the body (whoever said hockey players were slow) and took the game up.

After moving to Florida and accepting a position with TravelGolf Media (now part of GolfNow) his love for the game grew exponentially. Most Saturdays you will find him on a course somewhere in Florida or on the practice range reinforcing his bad habits. David plays to a 10 handicap - unless there is money involved in which case it goes considerably higher. He currently resides in Lakeland, FL with his wife Belinda and their two "kids", Madyson and Molly. 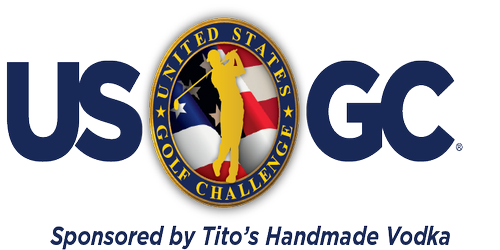 Under Armour Golf Shoes for Spring 2018